Two statues, male and female, faced each other in the city park for many years.

An angel appeared before the statues and said,

“Since the two of you have been exemplary statues and have brought enjoyment to many people,

I am giving you the gift of life. You have 30 minutes to do whatever you desire.”

The statues came to life and smiled at each other. They ran toward some nearby woods and dove behind a couple of bushes.

The angel smiled to himself as he listened to the two statues giggling, bushes rustling and twigs snapping.

After 15 minutes, the two statues emerged from the bushes, satisfied and smiling.

Puzzled, the angel looked at his watch and asked the statues, “You still have 15 minutes.

Would you like to continue?” The male statue looked at the female and asked,

“Do you want to do it again?” Giggling, the female statue said,

“Sure, but this time, you hold the pigeon down and I’ll crap on its head!” 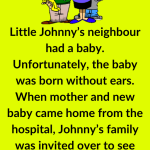 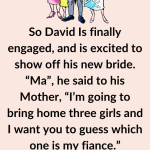