First guy: “You have no idea what I had to do to be able to come out fishing this weekend

I had to promise my wife that I will paint every room in the house next weekend.”

Second guy: “That’s nothing; I had to promise my wife that I will build her a new deck for the pool.”

Third guy: “Man, you both have it easy! I had to promise my wife that I will remodel the kitchen for her.”

They continue to fish when they realized that the fourth guy has not said a word.

So they asked him “You haven’t said anything about what you had to do to be able to come fishing this weekend. 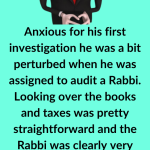 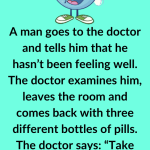