The National Poetry Contest had come down to two semifinalists: a Yale graduate and a redneck from Wyoming. They were given a word, then allowed two minutes to study the word and come up with a poem that contained the word. The word they were given was “Timbuktu”.

First to recite his poem was the Yale graduate. He stepped to the microphone and said:

The crowd went crazy! No way could the redneck top that, they thought. The redneck calmly made his way to the microphone and recited:

Me and Tim a-huntin went,Met three whores in a pop up tent.They was three, and we was two,So I bucked one, and Timbuktu.

The redneck won hands down! 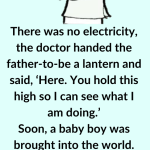