Mr. Bear and Mr. Rabbit live in the same forest, but they don’t like each other.

One day, they come across a golden frog who offers them three wishes each.

Mr. Bear wishes that all the other bears in the forest were female. Mr. Rabbit wishes for a crash helmet.

Mr. Bear’s second wish is that all the bears in the neighboring forests were female as well. Mr. Rabbit wishes for a motorcycle.

Mr. Bear’s final wish is that all the other bears in the world were female, leaving him the only male bear in the world.

Mr. Rabbit revs the engine of his motorcycle and says, “I wish that Mr. Bear was gay!” and rides off. 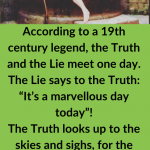 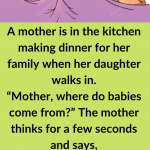