The first man looks very quizzically at the dog and asks why the dog is allowed on the plane.

The second man explained that he is a DEA agent and that the dog is a “sniffing dog”.

“His name is Sniffer and he’s the best there is. I’ll show you once we get airborne when I put him to work.”

The plane takes off, and once it has levelled out, the agent says:

“Watch this.” He tells Sniffer to “search”.

Sniffer jumps down, walks along the aisle, and finally sits very purposefully next to a woman for several seconds.

Sniffer then returns to its seat and puts one paw on the agent’s arm.

The agent says, “Good boy”, and he turns to the man and says:

“That woman is in possession of marijuana, so I’m making a note of her seat number and the authorities will apprehend her when we land.”

Once again, the agent sends Sniffer to search the aisles.

The Lab sniffs about, sits down beside a man for a few seconds, returns to its seat, and this time, he places TWO paws on the agent’s arm.

The agent says, “That man is carrying cocaine, so again, I’m making a note of his seat number for the police.”

The agent then told Sniffer to “search” again.

Sniffer walked up and down the aisles for a little while, sat down for a moment, and then came racing back to the agent, jumped into the middle seat and proceeded to poop all over the seat.

The first man is really grossed out by this behaviour and can’t figure out how or why a well-trained dog would act like that, so he asks the agent, 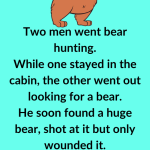 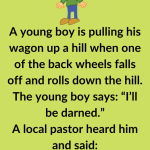