A young man goes into a pharmacy and asks the pharmacist

“If he could have a c0ndom explaining that his girlfriend has invited him for dinner and I think she is expecting something from me!”

The pharmacist gives him the condom; and as the young man is going out, he returns and tells him:

“Give me another condom because my girlfriend’s sister is very cute too. She always crosses her legs in a provocative manner when she sees me and I think she expects something from me too.”

The pharmacist gives him a second condom, and as the boy is leaving he turns back and says:

“After all, give me one more c0ndom because my girlfriend’s mom is still pretty cute and when she sees me she always makes allusions… and since she invited me for dinner, I think she is expecting something from me!!”

During dinner, the young man is sitting with his girlfriend on his left, the sister on his right and the mom facing him.

When the dad gets there, the boy lowers his head and starts praying:

A minute later the boy is still praying:

“Thank you, Lord, for your kindness…”

Ten minutes go and the boy is still praying, keeping his head down.

The others look at each other surprised and his girlfriend even more than the others.

She gets close to the boy and tells him in his ear:

“I didn’t know you were so religious!!!”

“I didn’t know your dad was a pharmacist!!!” 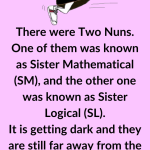 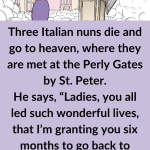